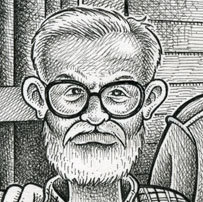 Former GPK/Wacky artist Jay Lynch passed away Sunday after a battle with lung cancer. Jay Lynch, 72, was perhaps best known for his work as an Underground Comix cartoonist in the 1960’s and 1970’s. In 1968 working with Art Spiegelman and Len Brown, Jay became a internal part of the Wacky Packages line for Topps. His work with Topps on Wacky Packages led right into working on Garbage Pail Kids. He is responsible for writing many gags for GPK cards through the OS and ANS sets. Jay would submit roughs of gags on a regular basis to Topps Art Directors, who would have the finals painted by other artists. Jay also did dozens of GPK card backs in the OS and ANS sets. His work was not limited to just these sets, as Jay worked on a number of other non-sport sets for Topps through the years. Jay also wrote the Bazooka Joe Comics for decades. He worked for a time for Mad Magazine, and has even written a number of children’s books. His archives are housed at the The Billy Ireland Cartoon Library & Museum at the campus of Ohio St. University.

As his health deteriorated and medicals bills started adding up, Topps released the Jay Lynch Tribute set on topps.com. The set is a reimagine of some of Jay’s GPK and Wacky gags painted by 11 different Topps artists. You still have time to purchase the set, as the sale is set to end on 3/14. Topps released a statement on the passing of Jay Monday morning via their GPK Facebook Page:

“We are deeply saddened by the loss of artist Jay Lynch. Jay was one of the original artists on Garbage Pail Kids and Wacky Packages, and many people at Topps developed strong and close relationships with him over the years. Our condolences go out to his family, friends, and countless fans he touched with his unique artwork.”

Jay’s friends, fellow artists, and former colleagues posted on Facebook Sunday to share their thoughts on his passing. Jay was remembered as a great friend, inspiring mentor, legendary cartoonist, and all around nice guy. Longtime fellow GPK/Wacky artist David Gross has this to share about Jay, “Just got home tonight to find out my good friend, mentor and inspiration Jay Lynch passed away today. Jay is one of the creators of Wacky Packages, Garbage Pail Kids and was a key underground artist, Mad Magazine contributor and all around nice guy. He never turned away a fan for a drawing or a conversation. He is responsible for my favorite hobby as a kid, my inspiration to get into art and in later years for me working on those same childhood obsessions, Wacky Packages and Garbage Pail Kids. I thought we’d have him a lot longer than this. RIP Jay Lynch.”

There are dozens of stories on how helpful Jay was to aspiring artists, and would be more than willing to mentor them. David Gross told a great story of how Jay helped him get started with Topps, “As a fan I would geek out and send him drawings and he would always write me an honest critique and helpful comments. When he learned Topps was bringing back Wacky Packages he contacted me and told me to whip up some samples and contacted Topps on my behalf. Even better than that I got to collaborate with him on the first four Wacky Packages Old School series and thanks to him they were, and still are, my favorite art projects. I’d stay up all night calling or emailing back and forth with him designing the roughs. running gags by each other and going off on tangents about strange inventions he would come up with, politics or just something that was eating at him that week especially concerning his house or his cats.”.

Another longtime Wacky/GPK artist Neil Camera shared his story with us on first working with Jay, “In 2002, I had the good fortune to collaborate with Jay on a my first project with Topps. I knew Jay from my many years as a collector, but this was the first time we would be working together. To my surprise, he was very approachable, in spite of the fact that I was the “newcomer” to Topps.  If he had any preconcieved expectations of me, he didn’t let on. Rather, he chose to enlighten me with his own irreverant brand of wit. He took time to teach me about all kinds of arcane matters, from rare art supplies (which he stockpiled and shared), to building DIY solar panels with vintage Zenith TV screens. In the course of that first project, I soon realized that there was nothing typical about Jay and any description I can offer here, wouldn’t do proper justice. But over the years, I’ve learned that at the heart of the artist, Jay was old world in every sense: inventor, philosopher, poet, technocrat, economist and teacher. Oh, and owner of many cats. His spirit will be sorely missed in this world.”

Here are some of the comments from around the Garbage Pail Kids community on Jay Lynch’s passing.