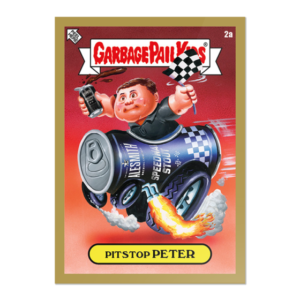 The second series for one of the more controversial GPK sets of the year has ended and the sales numbers are out. Yesterday, Topps revealed the print run for Garbage Pail Kids Taste Buds Series 2. They sold a total of 2555 packs this time around. Sales were down around 800 packs compared to the first series, released earlier in the year. It’s unclear if the base set will have 40 or 41 cards. The listing and checklist say 40, but the pictures show a checklist/header card. If there is 41 cards again, the sales equates to 623 possible base sets. Gold parallels would be limited to 62 copies each. These numbers are only based off what was sold online. Topps does not release how many packs are giving to the breweries to sell. Each brewery reported receiving 500 packs with the first series of the release.