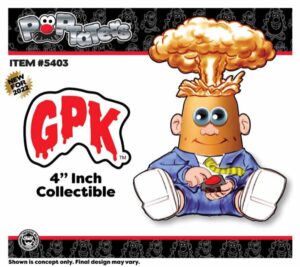 Super Impulse, the company behind the GPK Micro Figures, will be using their GPK license in a new Pop Taters toy line. According to Transformers news site TFormers.com, Adam Bomb will be included in the toy line based off the popular Mr. Potato Head toys. In conjunction with Hasbro, the first wave of Pop Taters will include various characters from the licenses Super Impulse has. Some characters include Adam Bomb, Optimus Prime, Bob Ross and others. According to the first ad’s for the toys, they will include interchangeable parts. The toys will come in two versions, a 4” version with interchangeable parts and a 2” keychain version. No release date has been mentioned, although the advertisement mentioned they are new for 2022. 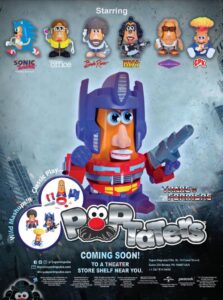 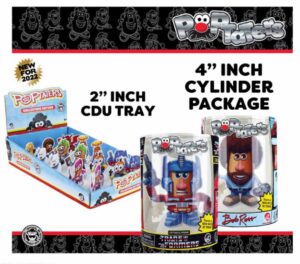