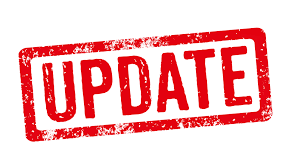 In their weekly email to distributors today, Topps announced that 2021S2 GPK Vacation has been cancelled. While this is accurate it’s not the full story. After being delayed for almost a year now, Topps has come up with a plan to solidify their release schedule. Previously Topps has not officially announced any sets that haven’t been release except for Vacation. However, they have had 10/26/22 listed on their release calendar for 2022S2. As of now the plan is to move GPK Vacation to be the 2022 Series 2 set. This will then push back the theme, currently unannounced, originally planned for 2022S2 to be the 2023S1 set. So while Topps did officially cancel the “2021” name from vacation, collectors can expect them to announce soon plans for Vacation to be released as 2022S2. That probably means however that preorders for collectors will be cancelled and people will have to do reorder product. Stick with GPKNews for more updates when they are available.