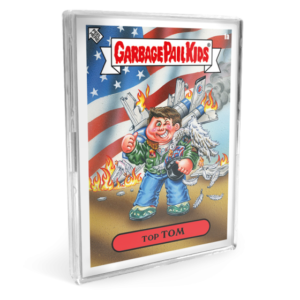 The latest six week expansion series based off a previous retail set kicked off sales last week. After ending earlier today, Topps revealed the print run for Garbage Pail Kids We Hate the 80’s Expansion Set Week 1. The set sold a total of 1,499 copies. Those numbers just just a handful less than the 90’s week one set sold. It has to be considered a success considering how many new GPK products were launched last week. Proving GPK collectors love the 80’s.