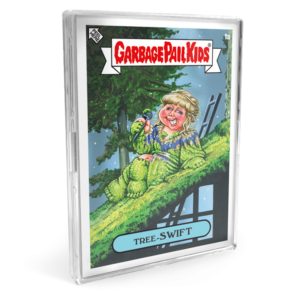 Controversy sells. After ending yesterday, Topps revealed the print run of 2021 Garbage Pail Kids The Shammy Awards. The set sold a total of 1426 copies. The sales is nearly 1000 more than last year’s Shammy set. Despite Topps pulling the BTS cards from the set, and offering refunds to anyone wanted it, the set still pulled in great sales. Wether it was the controversy around the set, or just the recent surge in demand for GPK, Topps has to be happy with the sales results of this yearly set.