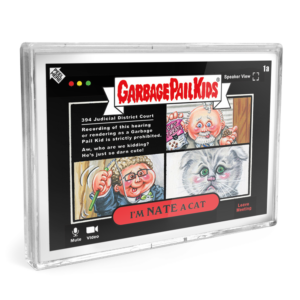 It would appear cats aren’t quite as popular as GameStop. After ending earlier today, Topps revealed the print run for Garbage Pail Kids Zoom Mishaps. The set sold a total of 776 copies. This was well off the massive sales of the previous pop culture GameStonk set released a couple of weeks ago. Despite sales not reaching those heights, the numbers still equate to a very strong GPK set. With Topps unable to strike lightning twice, it will be interesting to see how often the pop culture sets appear in the coming months.