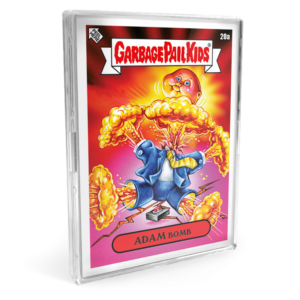 After ending last Tuesday, Topps revealed the print run for Garbage Pail Kids Bizarre Holidays  Jan. Week 4. Collectors came out in full force as sales soared to a record high. The set sold a total of 736 copies. This is now the highest selling Bizarre Holiday set to date, beating out June Week 4 that was at 650. Adam Bomb always sells well, but with multiple weeks having Adam cards, it’s unclear what caused the increase in sales. GPK continues to be scorching hot in the card collecting world.