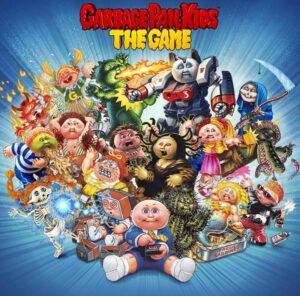 Just when you thought GPK The Game was dead… The mobile game originally launched on the iPhone back in May 2019. The game garnered a small but loyal following. However, after the first few months developers stopped updating the game and fixing bugs. This led to a steady drop of players and posts from players the the game’s community forums. Developers stopped updating players on those same forums almost a year ago. To everyone’s surprise there was an update to the game a little over two weeks ago. According to the release notes, there were a number of bug fixes along with updates the the types of packs available in the game store. This was the first significant update in 10 months.

GPKNews has reached out to Jago Studios for comment on the game’s current and future status. If they respond, this article will be updated. Here’s hoping the developers are able to relaunch the game and continue updates to entice new players.