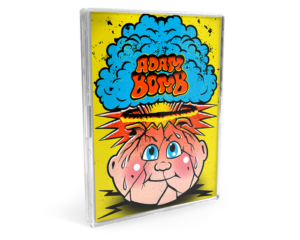 Topps had two of their latest online Garbage Pail Kids sets end this week to some nice sales results. After ending earlier today, Topps revealed the print run for Garbage Pail Kids Skateboard Stickers. The 10 card set, done by artist Rory McQueen, sold a total of 1025 copies. Collectors proved they enjoyed the skate concept and the set became one of the highest selling of the year. Topps also revealed the print run for Garbage Pail Kids Bizarre Holidays Sept. Week 3 set. That set sold a total of 498 copies. That set reversed a trend of decreasing sales for the holidays sets. Despite the large number of online releases, collectors continue to order the sets is large numbers.