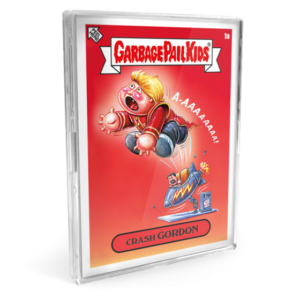 Topps ode to the 40th anniversary of Flash Gordon found some success with collectors. After ending yesterday, Topps revealed the print run for Garbage Pail Kids Crash Gordon 40th Anniversary. The set sold a total of 538 copies. Despite being one of three online releases last week, collectors still continue to purchase anything GPK. The sales numbers are right in line with the weekly holiday releases. The online onslaught of sets shows no signs of slowing down anytime soon.