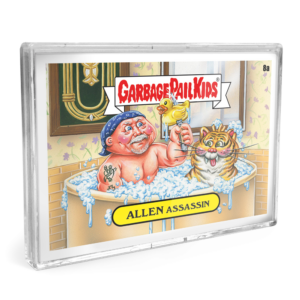 Tiger King mania is still out there, but might be in the decline. Today Topps revealed the print run for Garbage Pail Kids Gone Exotic 2. This is the second set based on the popular Netflix documentary. The sequel sold a total of 1,378 copies. While that’s a great number for an online GPK set, it’s down nearly 2000 from the first set. The first one set a GPK online sales record. Topps didn’t promote the second set nearly as much, and there was less online media sites that picked it up.