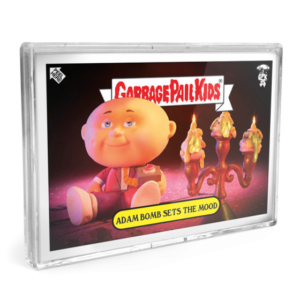 Late last week sales for the second online Garbage Pail Kids series focused on the animated short videos ended. Topps has revealed the print run for GPK Valenslime’s Day Video Series Sticker Set 2. After being on sale for 30 days the set sold a total of 492 copies. This is down just a bit from the first video series set that was released in January. Topps is due for another monthly video release. Can a St. Patty’s Day release be coming this week?