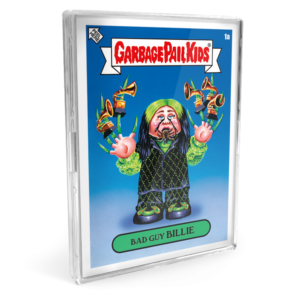 After ending last Thursday, Topps revealed the print run for 2020 Garbage Pail Kids The Shammy Awards online set. This was the first awards set since the previous year’s Not-Scar’s set. This year’s set, based on the Grammy awards, sold 466 copies. Certainly a respectable number, and higher than the last award set from 2019. With the launch of the latest disc-Race set, will Topps continue the awards sets? They have a great opportunity with this weekend’s Academy Awards.