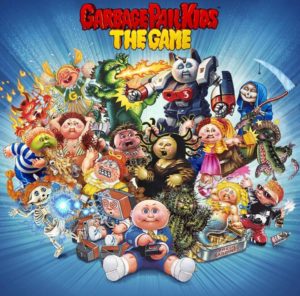 In late December the team behind the upcoming mobile game, GPK the Game, sent out a newsletter to their mailing list to update fans on their progress. In the newsletter the company mentioned the successful community game testing that was a result of a contest they ran last October. They pointed out the feedback they received was fantastic and helped them learn more what fans want. In fact when reached for comment from GPKNews, they responded that, “The community testers offered helpful feedback and we are grateful for the time and energy they put into the game. Because it was so successful, we are hoping to open up another community testing session in the near future.” Keep your eyes open for a possible future announcement on community testing.

One bit of disappointing news for GPK fans coming from that newsletter was the announcement that the release window for the game has slipped to Q2 2019. When first announced, Jago was shooting for a late 2018 release. After a few months they starting mentioning a Q1 2019 release, and now after testing, are shooting for Q2 2019. This is common in the video game industry. Many times you’ll notice release dates slip on games. The good news is it appears Jago is using this time to improve the game. They told GPKNews, “As we stated in our monthly GPK newsletter, our focus is on creating the best experience possible for fans of the GPK brand, even if that takes a bit more time. We are currently testing the game in smaller territories before worldwide launch and, with each game update, our development team is learning more about what players want from the game. And, as any game developer will tell you, release dates are never guaranteed until the day the game is actually released.  We want to make sure it delivers on the promise. We are glad people are eager for the game and we look forward to launching it.”

The studio will also be asking fans their preference in various game dynamic such as characters, graphics, features, and effects. In their first monthly question the studio wants to know which pack of these three people like the most. You can head over to GPK the Game’s Facebook page now to vote. 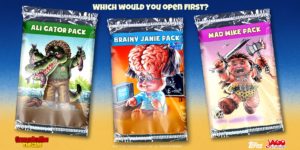