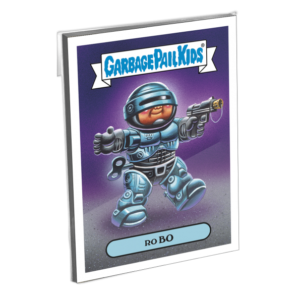 Almost a month after the set was sold online Topps finally released the print run for 2017 Garbage Pail Kids Fall Comic Convention online set. The 12 card set was sold during the week of this year’s New York Comic Con. The set ended up doing much better than previous online sets, even beating the GPK Classic set. The final print run for the whole set was announced as 187 copies sold. GPK collectors have shown over the years that cards based on comic characters are popular.