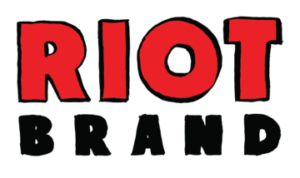 Did you miss out on Riot Fest Chicago a few weeks ago? Well you are in luck! Riot Fest is selling all their GPK merchandise in their online store. In a bit of a surprising move, they have the 2017 Riot Fest Garbage Pail Kids set available in their online store for $25. The set was only sold on Friday at the festival. Employees at the festival stated they had 300 sets, and they sold out quickly on Friday. There is no telling how many of this year’s set was printed. If you missed out and want to pickup the set for the price of the show, now is your chance!

Riot Fest is also selling two limited edition items featuring the Riot Beast GPK artwork. A t-shirt is available in their t-shirt section for $25. The shirt is available in XS-3xl sizes. Riot Fest says this licensed shirt is “limited”. Finally there is also a show poster with the same Riot Beast artwork. The poster will set you back $50. Riot Fest says the posted is limited edition and numbered. They don’t reveal how many of the posters are available. Get your Riot Fest GPK gear now before its gone.