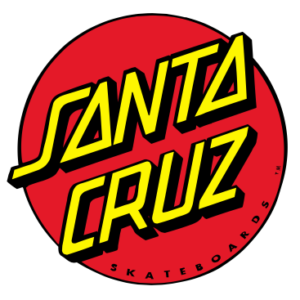 Back in May of this year popular skateboarding company Santa Cruz announced they are producing a number of GPK skateboard decks available this October. Thank to GPK collector Joel Jackson who pointed out Santa Cruz has also announced licensed GPK t-shirts. Pre-orders are now available for 4 new t-shirt designs, each offered in 3 different colors. The following shirts are available in size S-XXL:

The shirts can currently be pre-ordered from skateboard website The Dark Slide for $26.95. Shipped on the shirts is set for the same day as the skateboard decks, 10/9/17. 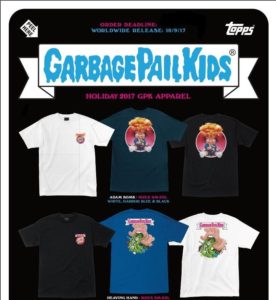 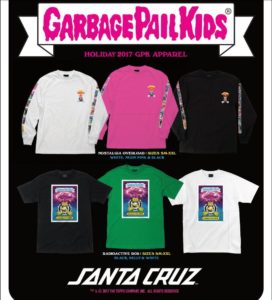