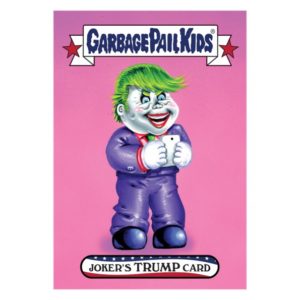 With just over a week left until Inauguration, Topps continues to offer presidential election cards. Today Topps revealed the print run for Garbage Pail Kids Disg-Race to the White House cards #130-#133. Once again the Wacky Packages card led the way in sales, but was lower than usual with 363. The highest GPK card was Trump as the Joker, doing 353 copies sold. The continued hope is Topps will finish up the set with next week’s inauguration. Here is the final print run info.