Just after releasing the first digital GPK sticker pack for Apple devices last Friday, Topps Digital is at it again. Today they released Garbage Pail Kids GPK Election stickers. The stickers feature gags found in the exclusive online trading card sets released earlier in the year. The sticker pack contains 21 stickers, and can be purchased for $1.99 in the Apple App Store. The stickers will only work on iPhones and iPads via iMessage. See below for pictures of the new stickers. 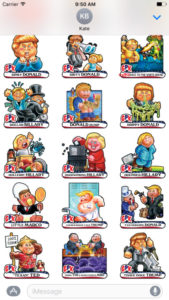 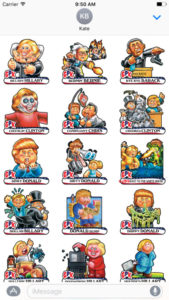