According to Topps Entertainment/GPK Brand Manager Mark Von Ohlen, Topps will be releasing another online exclusive set tomorrow. Sold via their online store the set will feature founding fathers to celebrate the 4th of July.

A new #GPK Founding Fathers Fourth of July set will be out tomorrow! Here’s a sneak peek… pic.twitter.com/gPrQuTjpRS

Check back with GPKNews.com tomorrow for further details when the set launches. 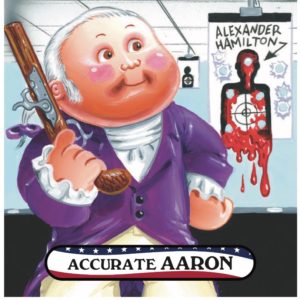