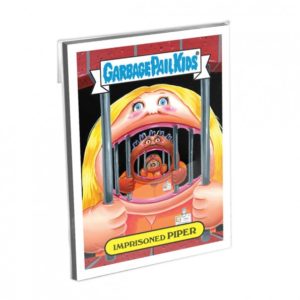 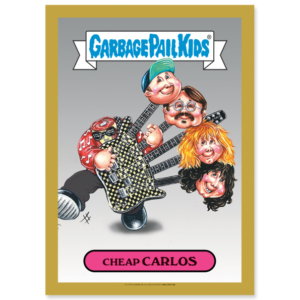 Topps on Friday launched new online exclusive 10 X 14 posters for the latest American as Apple Pie online sets. Posters are now being offered of the same artwork from the Mega Tuesday Presidential Candidates set, the April Primaries Presidential Candidates set, and the Rock and Roll Hall of Lame set. All cards can be purchased as a base white border poster for $19.99 each. While special 1 of 1 gold border posters can be purchased for $99.99. Topps had offered posters for their previous online exclusive sets, while some still remain for sale from past sets. Posters can be purchased at Topps online store. 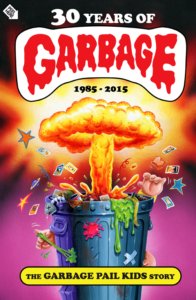 Fresh off launching the official trailer for the Garbage Pail Kids documentary, 30 Years of Garbage, the producers announced today the World Premier. The film is set to debut July 1, 2016 in New York City at the Anthology Film Archives. Cast and crew of the film will be on hand for the premier. 30 Years of Garbage chronicles the Garbage Kids story from the first sets, to the movie, and the extreme collections from around the world. You can purchase tickets for the premier or pre order the DVD at their website now.

The folks behind the 30 Years of Garbage documentary released the official trailer for the film today. The film started by producers June Gonzales, Joe Simko, and Jeff Zapata is nearing the finish line after it was first offered as an Indiegogo.com project over 18 months ago. The documentary is aiming to cover the 30 years of Garbage Pail Kids history. From the inception of the card line, to the Garbage Pail Kids movie, to controversies surrounding the cards, and even showing off some of the huge GPK collections around the world. Many artists, actors, and super fans were interview for the film.

The film does not yet have a release date, although the producers have mentioned a June/July timeframe for the release of the DVD. They also said a date for the World Premier located in New York City would be announced soon. To keep up to date on 30 Years of Garbage visit their Indiegogo page. 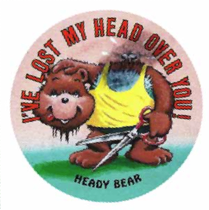 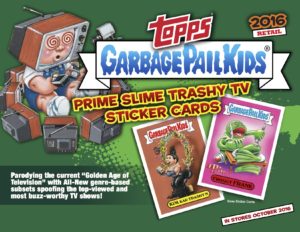 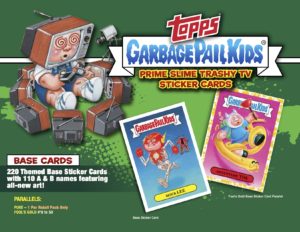 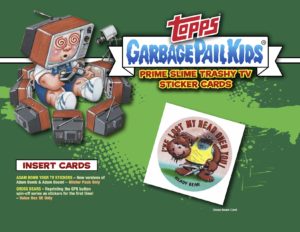 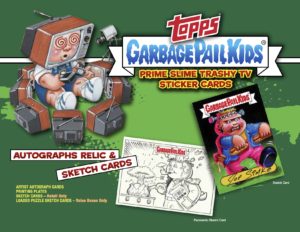 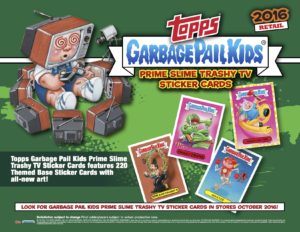 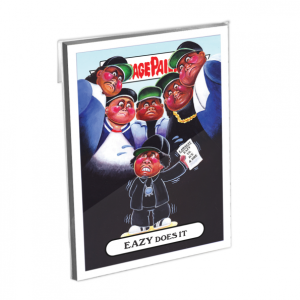 Topps today announced the print run for their Garbage Pail Kids Hall of Lame set based off of this year’s Rock and Roll Hall of Fame inductees. The set went on sale 4/8 and was set to be removed after the Rock and Roll HOF ceremony aired on HBO on 4/30. Topps decided to keep the sets up until, 5/3. Despite being on sale for almost 4 weeks the Hall of Lame set was the lowest selling set of the recently offered online exclusive American As Apple Pie sets. Here are the print runs as announced on Topps Blog.

Only one card cracked 200, with the lowest at 185. Historically the entertainment based online sets have sold less than the presidential candidates set. The Hall of Lame kids set a new low sales mark for online exclusives. Topps has promised to continue online exclusive sets especially with the Presidential Candidates as the election draws closer.