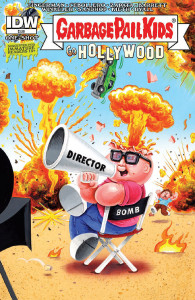 Garbage Pail Kids Go Hollywood, or at least they do in IDW’s 5th One Shot Comic, releasing officially Wed. Aug. 12. As with previous versions of the comic there are 4 covers to choose from. You can find the regular version, the deluxe version containing a promo GPK card, a rarer variant cover, and finally a blank cover that can be used to sketch your own.

Thanks to Kevin Johnson over at Gothem City Comics we learned today that the Deluxe version w/ card has been delayed one week. We will have to wait a little longer to see the various colored parallels of the promo card and if they will be numbered this time around.

Also of note this appears to be the final Garbage Pail Kids Comic LDW will be producing. 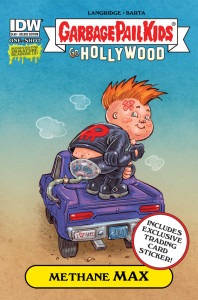 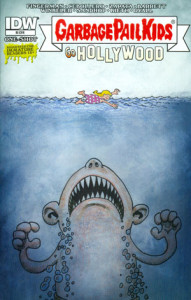