Do you believe in miracles? Well Garbage Pail Kids collector DJ Spencer does after tonight. DJ posted to Facebook tonight his haul after visiting his local comic store. He bought all the Deluxe versions of the last two IDW GPK comics that store had in stock.

After opening them to his shock he pulled the first known Red Border version of the Over Killian card. Like the yellow version the card is not numbered on the back. Its believed 10 copies of the card exists. 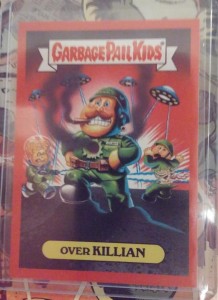 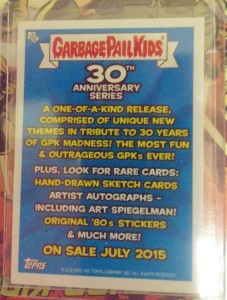 But that’s not all. DJ also pulled the first known Red Border version of the Felicia Fantasy card! This one is numbered 3/10 on the back of the card. 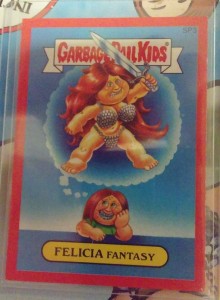 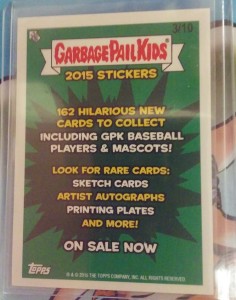 Congrats DJ on the pulls and amazing luck! Go buy lotto tickets now, lots of them.