IDW is set to release the 4th One Shot Garbage Pail Kids Comic on 6/24/15. The title of the comic is Gross Encounters of the Turd Kind. As with previous GPK comics there are multiple versions of the comic. 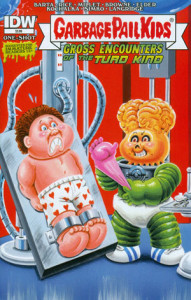 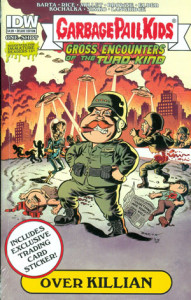 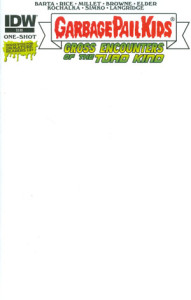 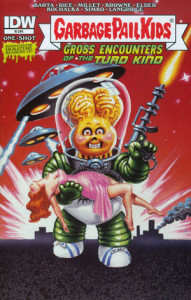 You should be able to find the new comic available at your local comic store or online.