This coming from Kevin Johnson over at Gotham City Comics. IDW began pre-sales today for the 5th GPK Comic, Garbage Pail Kids Go Hollywood. Like previous releases there will be different cover variants. The regular, deluxe, blank cover, and the more rare variant. The deluxe comic will once again contain a promo card. No word yet what parallels will be available of the card. The comic is set to released in late Aug. of this year. 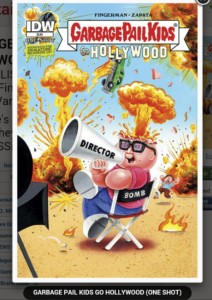 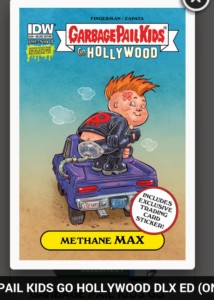